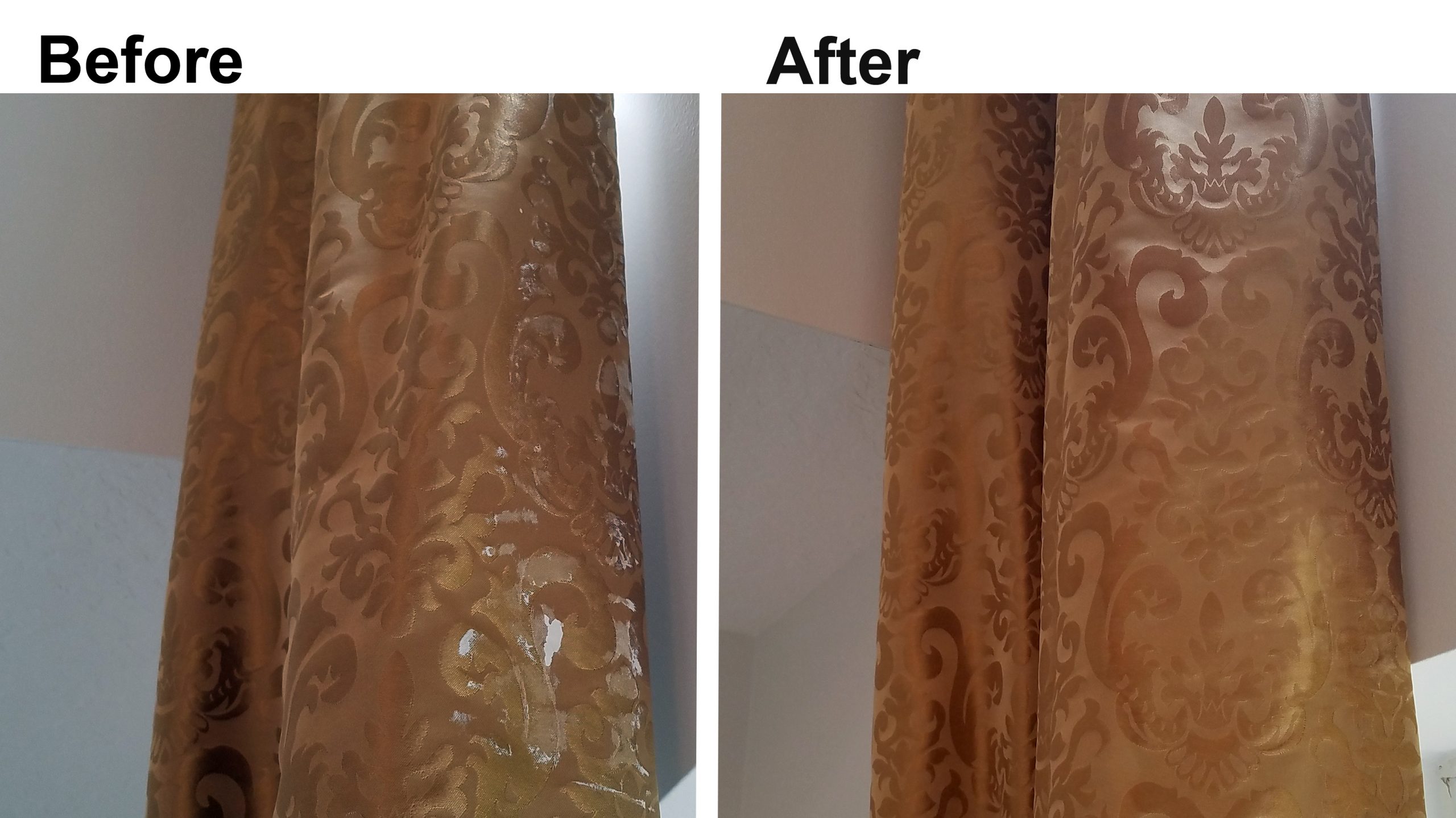 OAK HARBOUR – A property manager previously unknown to us learned through a mutual contact that paint removal from drapes is possible when an attempt is made within days. Actually, while it’s best to get after it immediately, we’ve removed paint that was said to be 2 years old.

The paint transfer shown in the ‘Before’ image above was on the order of 1 month old by the time we arrived. Several drapery panels occupying the same room had been tied back prior to commencement. Unfortunately, all were released before the paint completely dried. Several others had paint transfer on them as well.

The ‘After’ photo shows the same area shown in the ‘Before’ photo, but following successful removal of the offending substance. Given the fact that repeated spot treatments and mechanical action must be applied in specific sequence, the time spent on just this one panel amounted to approximately an hour and a half.

It’s imperative anyone attempting to remove a substance like paint understands just how much mechanical action can be used without changing the drape’s appearance. Too much, and its fabric can become abraded. Much the same as new shoes are scuffed against rough surfaces.

Latex wall paint presents the best chance of success, as far as complete removal is concerned. Oil based paints, and especially enamels are much more stubborn. Alas, removal of epoxy coatings is not possible at all.