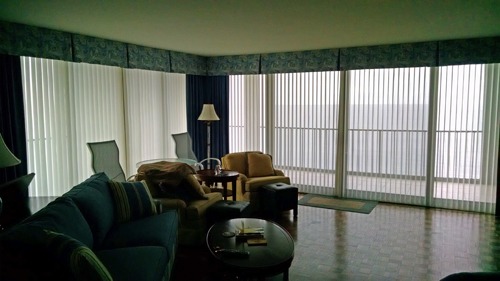 It’s been mentioned elsewhere on the site that we also install shades, blinds and plantation shutters. Pictured, is an install of Luminette® shadings done 6 years ago by our company.

Following that installation, the decorator had a local drapery workroom custom make and install the drapes and valances you see. This week the homeowner requested that we return to clean everything.

It was refreshing to forego “level readings,” for a change. Having installed the Luminettes, which are susceptible to permanent damage if not level during cleaning, we were confident they need not be checked, never mind re-installed. 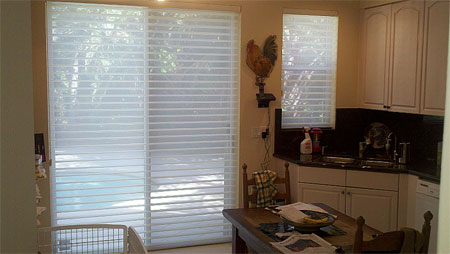 Fabric window coverings suffer most in the kitchen. Food spatter, greasy cooking film, barbecue fingerprints and the inevitable traffic to the grill just outside, fouled these shades but good.

No problem. Clean as the day they were born, after our injection/extraction treatment. 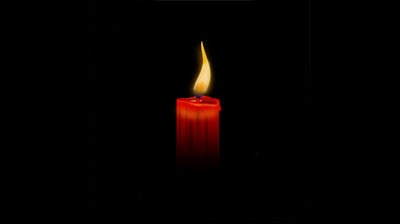